Success for Rowers of all Ages

First up were our Masters Squad who were competing at Henley Masters 2018, on the famous Thames course of Henley Royal  Regatta.

This regatta, now in its 24th year, is an internationally recognised event for Masters Crews,

So  to achieve success in this event is really something special,

Especially, as with most International events, there are athletes taking part that have, in their prime, represented their countries at rowing

returned to Chester with Gold Medals after beating  in the finals, Star Club and York City respectively. 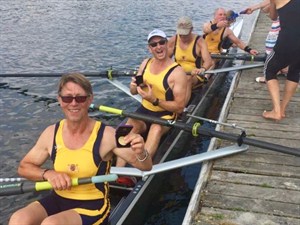 The Coxed four hit a strong rhythm throughout the event beating Abingdon by 1.25 lengths and Durham by 2 lengths in the quarter and semi-final races and won the final in 3 minutes 50 seconds against a particularly strong Star Crew in 3minutes 50 seconds, whilst Iwan’s Masters D  final against  York City was won Easily( more than 3 lengths) in a an impressive time of 4 minutes 22 seconds.

At the other end of the age scale the Junior Squad took part in the Ball Cup at Runcorn. This competition originated in the 1930’s  when Frank Ball realised that however much smaller Clubs and schools competed in Junior Regattas, they could never be competitive match for the Public School Giants. In modern times it is split into North and South Venues and allows a round robin approach to competition with  4-6 athletes in each section. We had 2 Winners in this Runcorn Rowing Club based event, Rachel Mclean, who was successful in J14A  Sculls And Sasha Audas who won J15A sculls 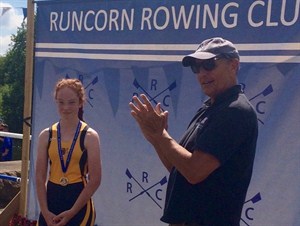 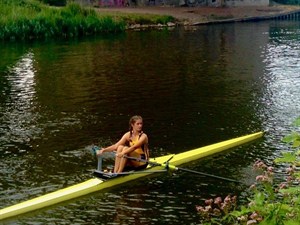