The Grosvenor Rowing Club Adaptive Squad completed another very successful season by securing a 3rd place in the North-West Rowing Explore League. The event is held every month at a range of venues across the North-West, with crews racing in coxed quads and competing against each other in a fast furious 300 metre sprint style race. The adaptive crew from Grosvenor Rowing Club, pictured below, consisted of Luke Bush, Sarah Davies, Matt Evans and Rob Brida.

The team concluded the season with 14 race wins overall, and earlier in the season the crew won the Warrington stage of the event. The conclusion of the Explore event was held at Lake Windermere. The crew travelled with high expectations and had a wonderful day, winning two out the three races they were involved in. The crew were extremely proud of their achievements throughout the season and only marginally missed out on winning the full event, being beaten into 3rd place behind Windermere Rowing Club and Warrington Rowing Club.

The adaptive squad aims to make rowing accessible and enjoyable to those with disabilities. The squad row once a week at Grosvenor Rowing Club and with the conclusion of the 2018 season will be looking for new athletes for the 2019 season. Adaptive athletes who would like to get involved with the squad should contact David Blackham at davidblackham@outlook.com 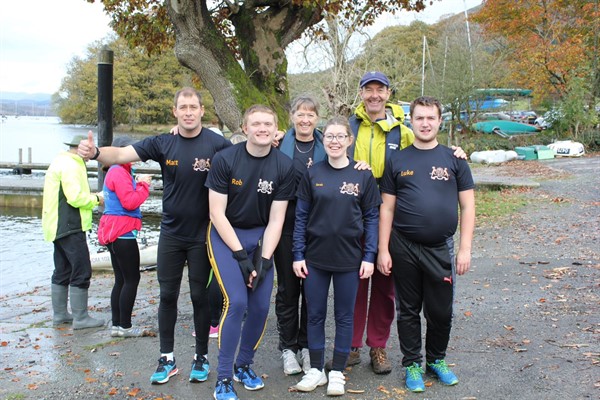